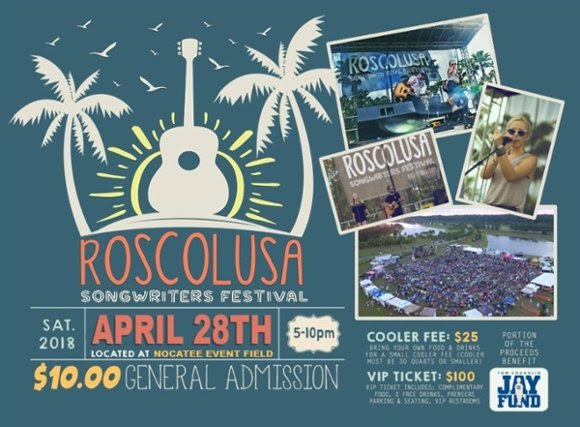 Bring lawn chairs and coolers and listen to songs performed by the original songwriters and hear the stories behind them! Check out the lineup HERE.

A portion of the proceeds will benefit the Tom Coughlin Jay Fund with a mission to help families tackle childhood cancer. 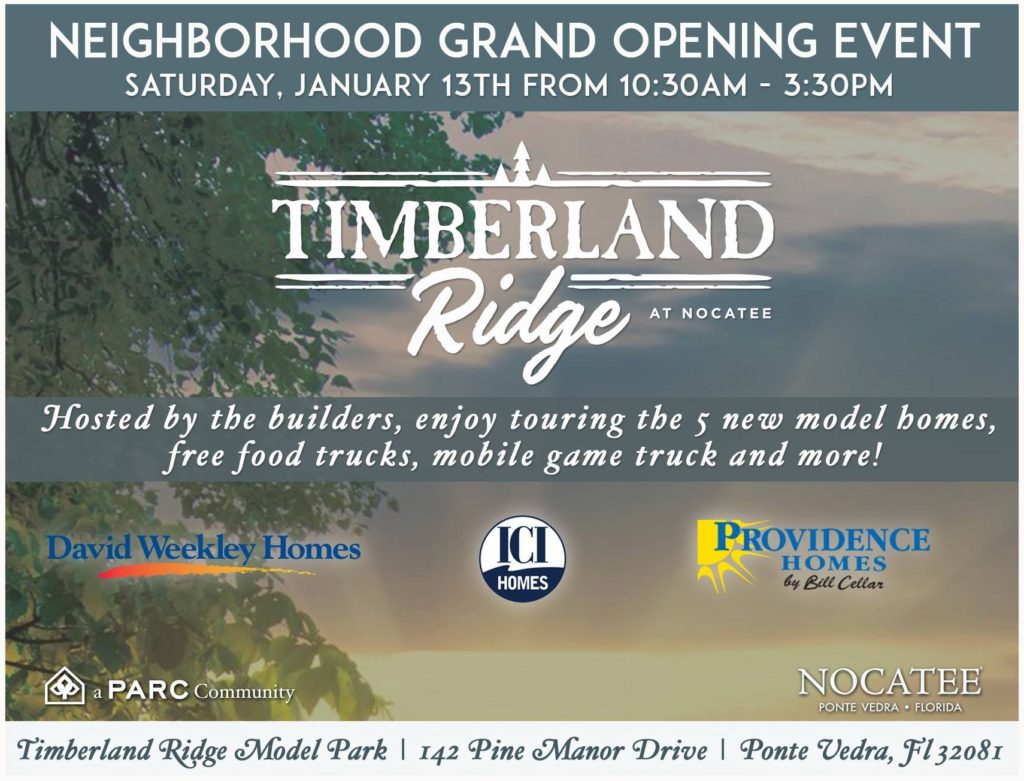 Join the Nocatee community in celebrating Timberland Ridge with a celebration on Saturday, January 13th, from 10:30am- 3:30pm. Builders will be on site to assist and share updates on newly-available home designs.

Brookwood and other Duval County properties in Nocatee soon will have a new golf cart path to use to get to the Town Center and other communities. According to Nocatee Community Manager David Ray, a bid for the work was recently awarded, so construction will begin soon and is expected to be completed later this year. 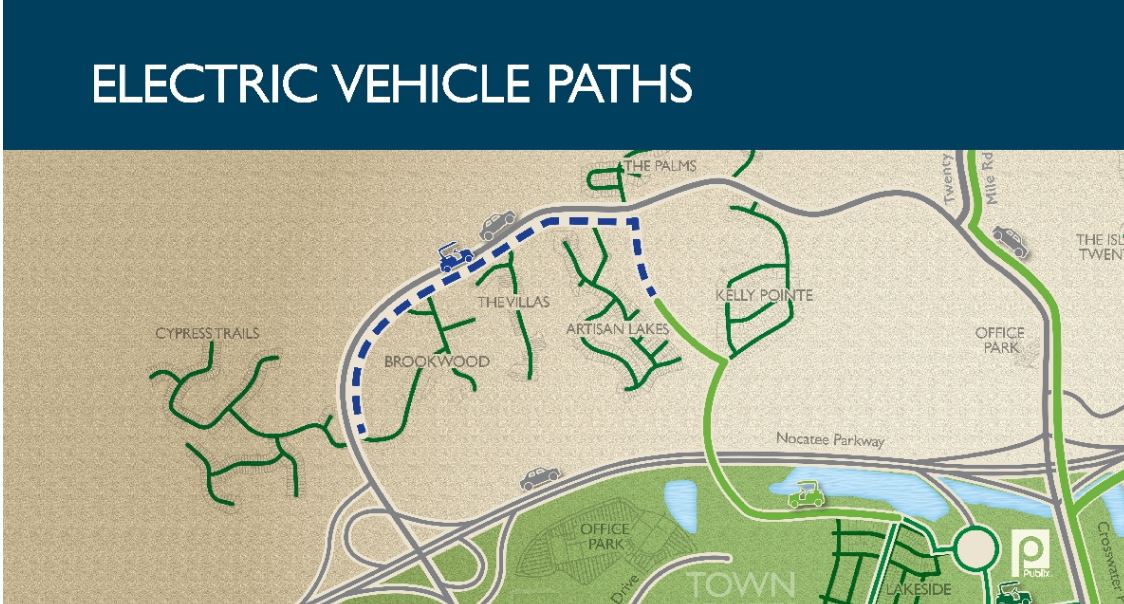 The location of a future golf cart path in the Duval County portion of Nocatee is shown by the dotted blue line.

A bill allowing golf carts to operate in the Duval County portion of Nocatee was approved by the Jacksonville City Council in April. The bill requires golf cart drivers to be at least 16 years old and hold a valid driver’s license (or a learner’s permit when accompanied by a licensed driver). Please note that this is a change from a previously published Brookwood HOA blog post.

This and other rules of which golf cart owners should be familiar are summarized in the Golf Cart Regulations for Nocatee. Included is information on where golf carts may be driven as well as rules for driving at night.

Recently, Florida black bears have been spotted in the area.  While they pose no immediate threat we want to take this opportunity to pass on some important information:

The Florida Fish and Wildlife Conservation Commission (FWC) will be canvassing the area in the coming days.  The purpose will be to walk through selected neighborhoods, talk with residents, and answer questions. FWC will begin in Greenleaf Village.

FWC will also be on site to answer residents questions on Thursday, June 15th, at 6:30pm in the Nocatee Room. FWC will discuss Florida wildlife through a presentation with photos, video, educational materials, and even some swag to take home.

Here is an important letter from the FWC to residents in north Florida about how to coexist safely with Florida’s black bears.

The Florida Fish and Wildlife Conservation Commission (FWC) reminds the public to be aware that bears are becoming more active this time of year. There are important things people can do over the next few months to reduce negative interactions with Florida’s largest land mammal.

“Now is the time to expect bears to show up looking for food,” said Dave Telesco, who directs the FWC’s Bear Management Program. “If they can’t find food in your neighborhood, they’ll move on.”

While black bears generally are not aggressive, they have injured people in Florida. Never intentionally approach any bear. When walking dogs in bear country, keep them close to you—preferably on a non-retractable leash—and be aware of your surroundings. Dogs can trigger defensive behaviors from bears, especially females with cubs.

To keep bears away from your home and neighborhood, follow these simple tips.  Failure to follow these tips may result in a citation:

It is illegal in Florida to intentionally feed bears or leave out food or garbage that will attract bears and cause human-bear conflicts.

As bears increase their movements this time of year, they also increase the number of roads they cross. For the safety of yourself and bears, remember to slow down when driving, particularly on rural highways at dawn or dusk. Watch for road signs identifying bear crossing areas. Each year in Florida, an average of 240 Florida bears are killed after being hit by vehicles.

If you feel threatened by a bear or want to report someone who is either harming bears or intentionally feeding them, call the FWC’s Wildlife Alert Hotline at 888-404-FWCC (3922). During business hours call your FWC regional office to report concerning wildlife behavior: (352) 732-1225.

Nocatee will host several town hall meetings to provide residents with an update of activities in Nocatee. The meeting for Brookwood — along with other Duval communities, the Palms, Tidewater and Kelly Pointe — is scheduled for 6pm on March 27th in the Nocatee Room at Crosswater Hall.

The meetings will be facilitated by Rick Ray, Chairman of the Nocatee Community Development District and President and CEO of the PARC Group, Nocatee’s Master Developer. This is an opportunity to hear directly all matters relating to Nocatee.

Questions previously submitted will be grouped and addressed by topic. Please note that there will be no discussion of issues that are under the oversight of your neighborhood homeowners association.

This is a Resident only event. Resident ID Cards are required.

NEXT HOA BOARD MEETING

6:30pm on Thursday, July 28, at the Cypress Trails pavilion.

The Architectural Review Board meets at 6pm and the Covenant Enforcement Committee meets at 7pm on the second Tuesday of each month as needed at the Nocatee Remax office next to Publix.